Regarded as one of the most innovative spaces for design and technology, the automotive industry has pushed the invention envelope for many years. Over the years, automotive technology has surpassed many people’s expectations, and now we get to enjoy self-driving cars, parking assistance, satellite GPS navigation and so much more. While we could go on about all of the incredible inventions that make driving a better experience, it is true that for every great innovation, there is another out-of-the-box, crazy, imaginative idea that just doesn’t take off.

Below, we dive into ten of the automotive industry’s zaniest, wackiest and most ambitious inventions that never got going. 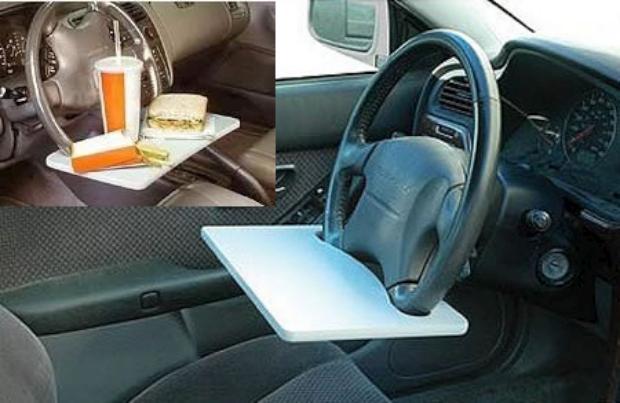 Coined as a solution for eating on the go, this tray attached to the steering wheel and served as a mini table. The only problem? It would send your food flying as soon as you turned the wheel.

While these steering wheel trays never gained popularity, you can actually still purchase them. If you do get yourself one, just be sure to only use it when driving in a straight line or when you’re parked outside your favorite fast food restaurant. 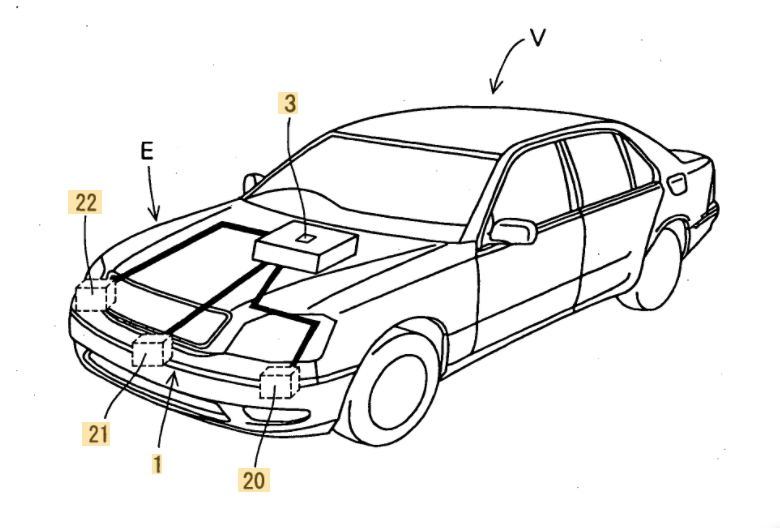 The pedestrian collision detection system was a perfect idea for those times when you’re driving along, hit something and find yourself wondering, “was that a speed bump or a person?” This innovative system wouldn’t stop you from hitting someone, but it would let you know after the fact. 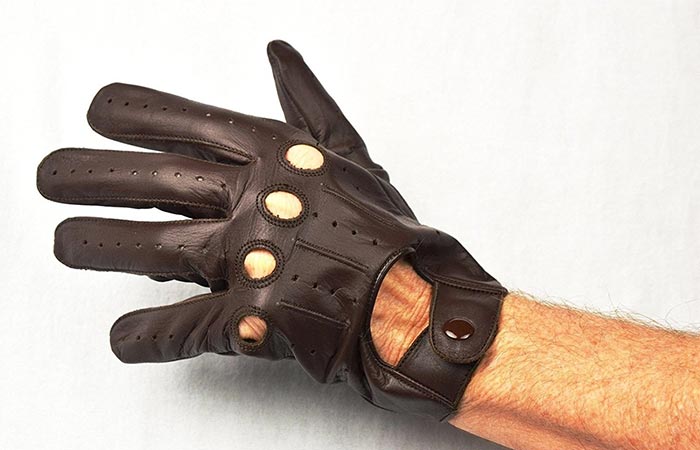 While smart in theory, a single glove that reminds you which side of the road to drive on while visiting a foreign country seems a little redundant. If you’re taking the time to buy it, chances are, you’re probably going to remember what side of the road to drive on anyway. Needless to say, the idea gained some traction in the UK after airing on the hit BBC show ‘Dragon’s Den,’ but not enough for it to gain any widespread popularity.

#4 An External Dog Sack for Carting Around Your Furry Friend 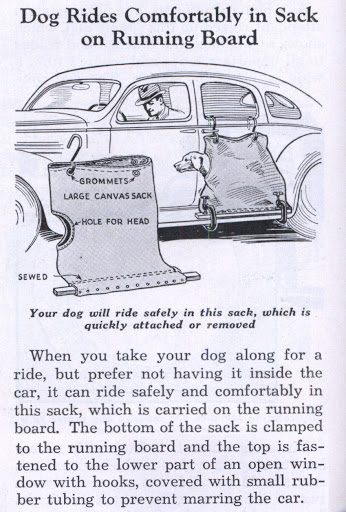 You ever find yourself in a jam–you want to bring your dog along on vacation but there’s no room in your car? Never fear! The external dog sack is here!

Of all the inventions on this list, the dog sack is one of the most out-there. Created to keep dog hair off of your car seats and provide extra space for your canine in smaller sedans, it advertised that not only was the canvas and riding board combination safe for your furry family member, it could also be easily attached or removed for those families who are always on the go.

We didn’t find word if the dog sack was ever tested on cats, or how it fared when other cars merged too close, but since it’s an idea of the past, we’ll just assume it didn’t go well. 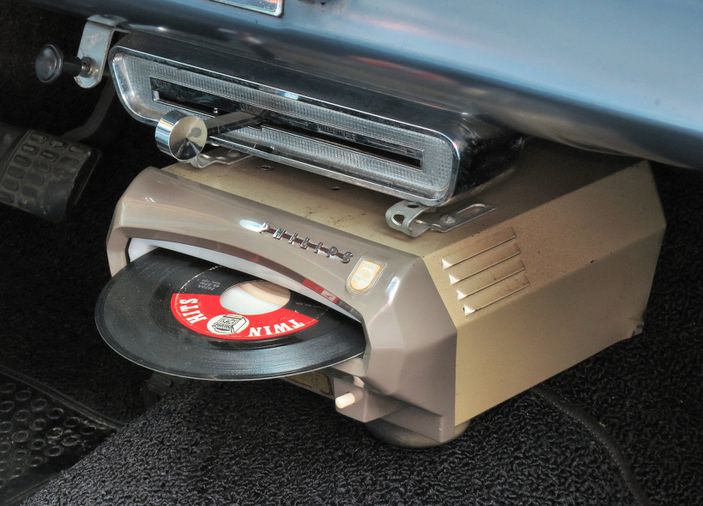 It’s true what they say–what goes around always comes back around. This phrase couldn’t be more fitting for vinyl records which have skyrocketed back to mass popularity in the past few years.

Unfortunately, for the inventor of the in-car record player, this idea never came into style in the first place. This could be because one pothole or speed bump would cause the needle to jump and the music to skip. But who knows, with the rising popularity of vinyls, you might see this out-of-the-box invention make a comeback yet. 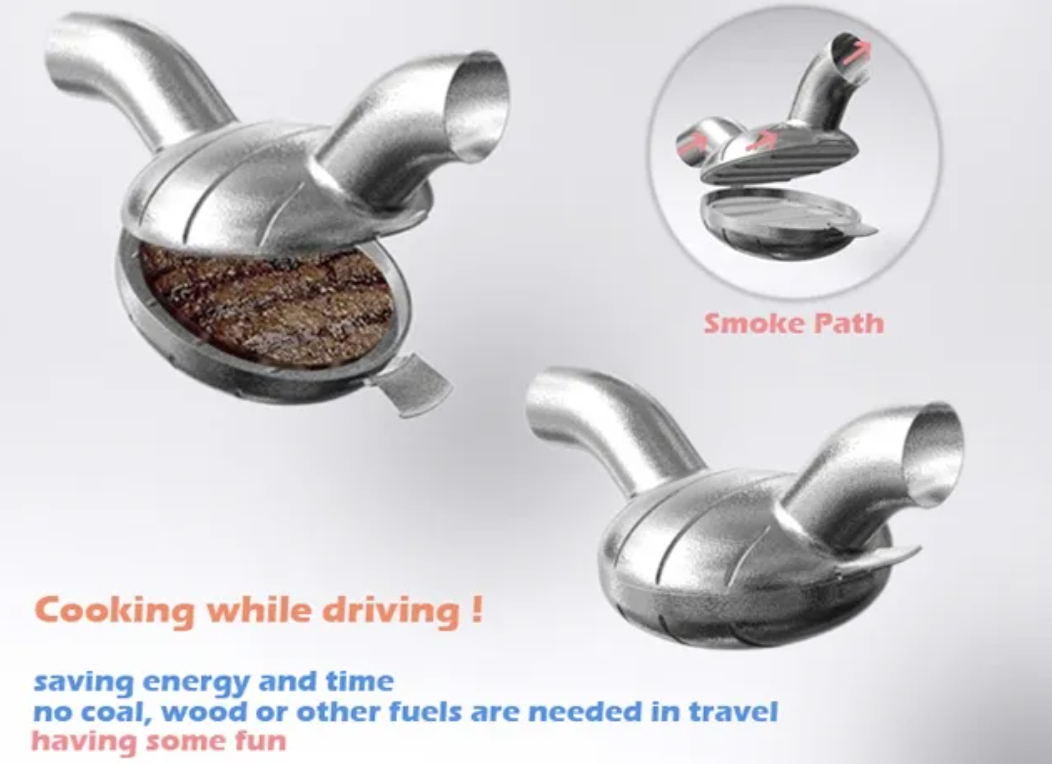 Who doesn’t love the taste of automotive exhaust? It just gives a burger an extra pop of flavor.

According to the inventor, the cooking compartment was separated from the main exhaust pipe, meaning it was supposedly safe to eat. However, we recommend leaving this wacky invention in the past and pulling into your nearest fast food restaurant the next time you’re hungry instead. 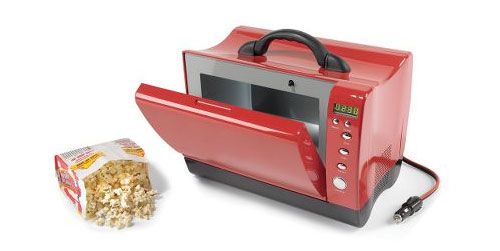 If you thought the exhaust hamburger fryer was out there, consider this next invention: the in-car microwave. Touted as the perfect solution for heating your meals while on the go, the only people we can see actually using this are those who drive for a living. The in-car microwave oven was included as an upgrade for some vehicles, or you could buy one powered by your cigarette lighter. But no matter how you power it, this idea never took off because, well, most people can in fact wait until they’re somewhere safe before heating up their next meal. 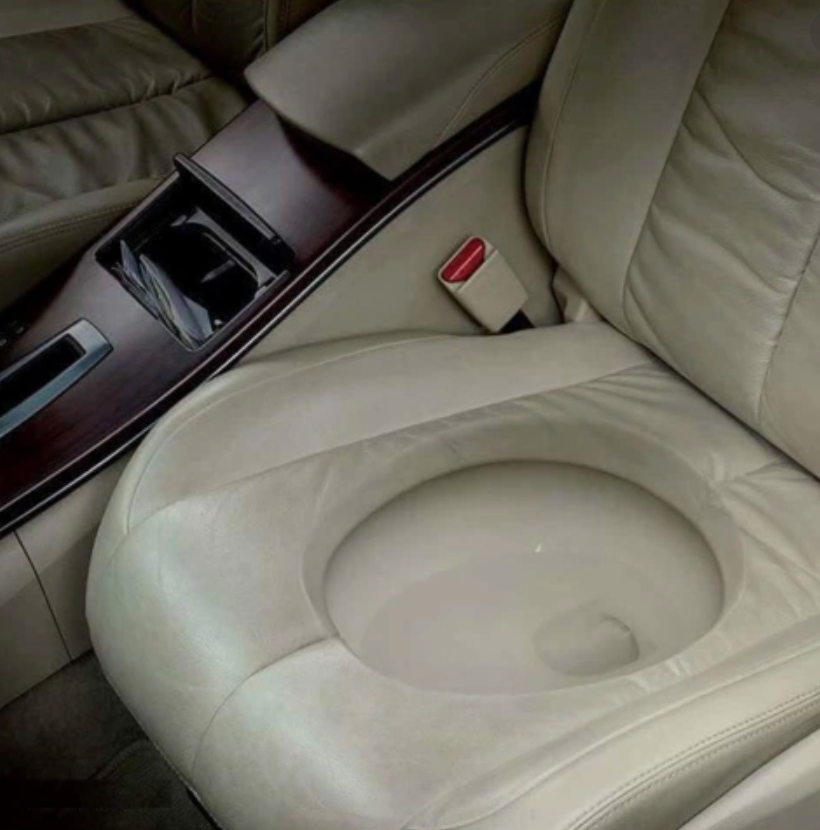 We’ve finally arrived at the bathroom on the go, and yes, this idea is exactly what it sounds like–a toilet built into the seat of your car. Ignoring the obvious odor and hygiene problems with this invention, the inventor must have never considered those among us who don’t like to do their business in front of other people.

Either way, this is the invention we’re most happy to leave in the past. 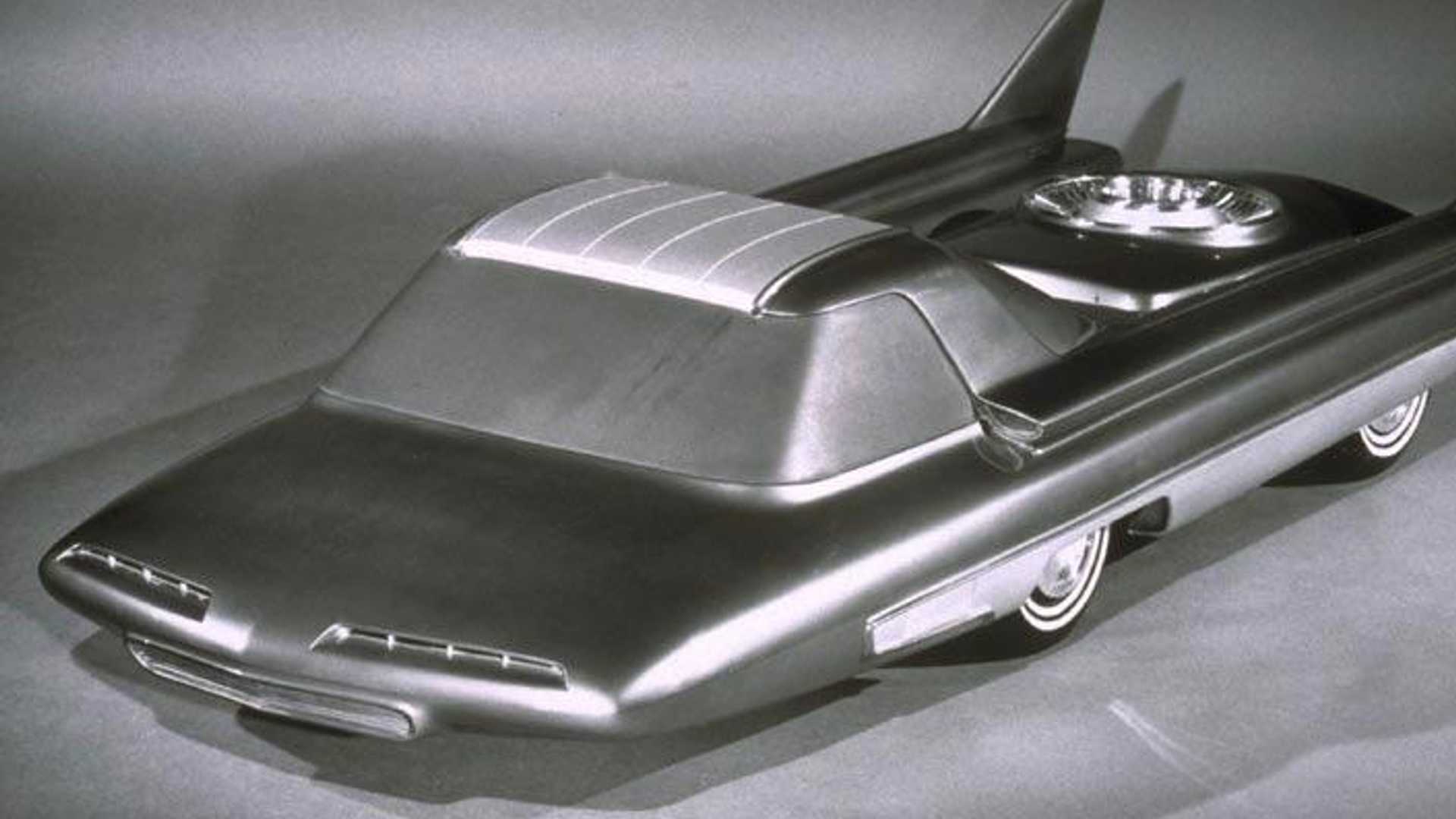 While nuclear energy is powerful, it’s also extremely dangerous. Car mechanics are intricate to begin with, and that, coupled with the volatility of nuclear energy, is the main reason you don’t see nuclear-powered cars on the road. However, in 1957, Ford released a design for the Nucleon, the “nuclear-powered car for the masses.” Fortunately, this invention never made it past the prototyping stage. 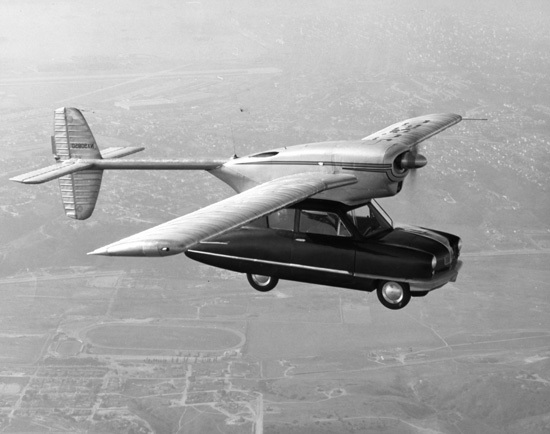 Though many depictions of the future include flying cars, this is another invention that hasn’t found success. Dreamed of by many, the flying car has been attempted, but none have never made it off the ground. Maybe someday you’ll be flying to work instead of sitting in traffic, but as of now, it’s only just a dream.

Christian Brothers Automotive is here for you and your vehicle. With a full range of automotive care services, like alignments, oil changes, tire rotations, engine work and more, we’ll ensure your car keeps moving safely and reliably so you can get where you need to go.

No matter what your vehicle may need, call your local Christian Brothers Automotive and schedule an appointment today.